Of the demi bra vs balconette bra, what is your favorite? It could be confusing since both of them come with unique good and bad features.

In this article, we would like to discuss these types of common bras. Due to malleable breast tissues, different bra styles can give your breasts different looks. And the balconette and demi bras are not an exception at all.

So, let’s learn more about them and consider numerous nice recommended products.

What Is A Demi Bra?

In French, people often say “demi” instead of “half”. It is why the demi bra is also the half-cup bra. As its name implies, this bra cannot provide your breasts with full coverage.

Now, you can find it in various styles. Some of them include the lacy, unlined, push-ups, smooth, padded, etc. 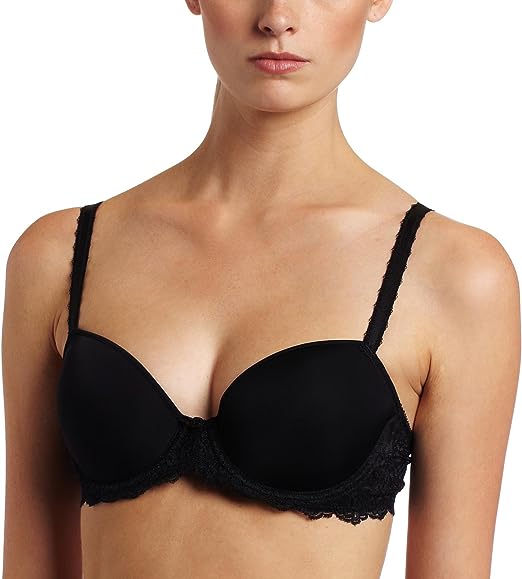 What Is A Balconette Style Bra?

The balconette or balcony bra constitutes the subtype of the half-cup bra. But this one can offer a little bigger coverage than its counterpart. In other words, it covers the entire lower part of your breasts and half of the upper part.

You can see the cup with a horizontal line when wearing the balconette. In general, this type of highlight provides a perfect lift for the breast leverage.

Another feature is a couple of thin straps which bear a clear distinction with the cups. Hence, the bras look sexier, especially with embroidery, ornaments, and lace. 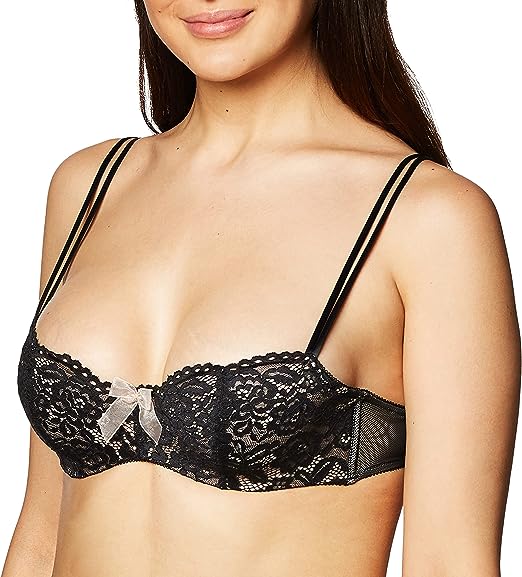 For better understanding, we divide the comparison into three features.

Both balconette and demi bras do not provide full coverage. Of these styles, the latter tends to expose more of your breasts than the former.

You can see the different shapes when you wear a half-cup or balcony bra. While the demi bra leaves a shape like the bottom heart, the balconette shows a horizontal line.

The balconette lifts your “girls” by compressing them simultaneously. On the other hand, the demi one offers a lift from the breast bottom.

In general, no brand has a standardized guideline for designing these bras. Hence, you may sometimes find bras that look the same as demi or balcony bras.

Should You Wear A Balconette Or Demi Bra?

It does not matter which one you wear: a balconette or demi bra. However, one bra could be more suitable for your breasts than others sometimes. The small or average-sized breasts should go with the demi bras. A comfortable lift can bring the breasts a fuller look.

Spillage is always one of the most common concerns when it comes to the balconette or demi bras. The main cause of this discomfort is the less breast coverage of the cups. This problem becomes clearer if you have full-figured breasts (even with the fitting bra size).

Besides, we find another problem with the straps that could drive narrow-shoulder women insane. These parts often slide off when you are wearing them.

Clothing With A Demi Cup Or Balconette Bra

It is up to you to mix the balconette or demi bra with any clothing.

The half-cup bras should be a daily pick for those with average or smaller breasts. They offer a perfect lift and a great cleavage enhancement without any extra padding.

On the other hand, the balconette will do its job well under the low-neckline shirt. It helps your breasts look much fuller, for sure.

By doing research with several well-known brands for bras, we collect some idea picks for the list. Here they are.

In comparing demi bra vs balconette bra, no option is better than the other. For example, the former may be suitable for your “girls” if they are on the small or medium side. No matter which one you choose, wearing the right sizes always holds the key to your look and comfort.